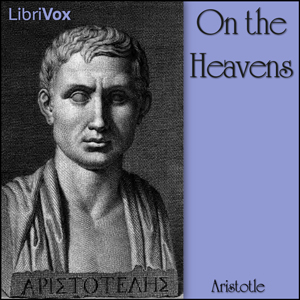 LibriVox recording of On the Heavens by Aristotle. Translated by John Leofric Stocks
Read by Geoffrey Edwards

Uploaded by librivoxbooks on February 5, 2012